Software Defined Network (SDN) is an another approach to networking that realizes network programmability and dynamic control over the network. OpenFlow is a de facto standard protocol used to implement an SDN. However, understanding the dynamic behavior of an OpenFlow network is challenging since the information about the operation is distributed across numerous network switches. Opimon (OpenFlow Interactive Monitoring) is developed for monitoring and visualizing the network topology and flow tables of switches in real-time. Furthermore, it analyzes network traffic to detect DDoS attacks. A web-based user interface enables users to quickly understand network behavior and identify problems.

The security analysis module is designed to detect issues in the network and protect the network from attackers. This module uses machine learning techniques for analyzing the traffic collected from the data plane and control plane. Currently, we conducted a preliminary research to compare the performance of SVM and deep learning to detect DDoS attack on DARPA dataset.

We evaluate the monitoring tool of Opimon by deploy the Opimon on a real OpenFlow network testbed, PRAGMA Experimental Networking Testbed (PRAGMA-ENT). This testbed is built and used by the Pacific Rim Application and Grid Middleware Assembly (PRAGMA) researchers.

The figure shows the network status of PRAGMA-ENT which monitored with Opimon. The Opimon showed the topology of the PRAGMA-ENT network correctly, include with connection status on the network due to some connections are unidirectional link.

The preliminary result of machine learning algorithm for the problem of DDoS attack detection has been addressed. Two algorithms, Support Vector Machine (SVM) and Deep Feed Forward (DFF) were compared in terms of classification accuracy and computing time. It was found that DFF can classify the data with a higher accuracy compared to SVM. Therefore, deep learning is a useful choice for the classification of DDoS attack packets in terms of accuracy. However, SVM is an appropriate choice for faster classification.

Regarding DDoS detection, the preliminary experiment was conducted for comparing to choose a suitable machine learning technique to detect DDoS attack in real-time. For the next step, we will apply a machine learning on the security analysis server in Opimon for detecting the attack traffic in the OpenFlow network. 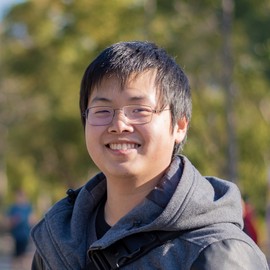