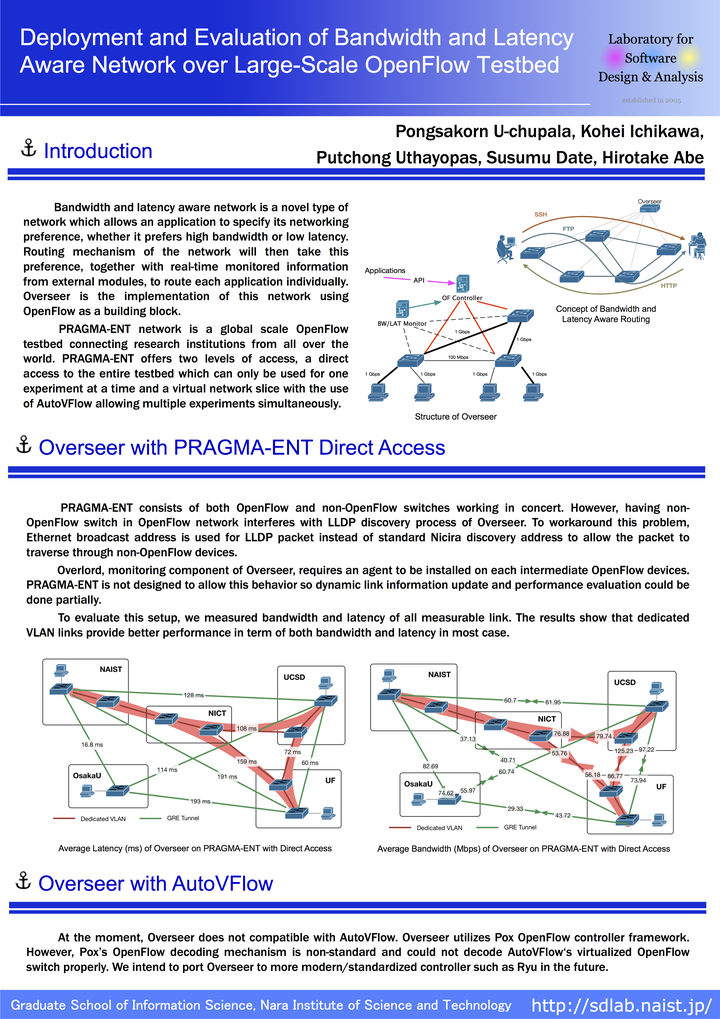 Bandwidth and latency are two major factors that contribute the most to network application performance. Between each pair of switches in a network, there may be multiple paths connecting them. Each path has different proper- ties because of multiple factors. Traditional shortest-path routing does not take this knowledge into consideration and may result in sub-optimal performance of applications and underutilization of the network. We propose a concept of “bandwidth and latency aware routing”. The idea is that we could improve overall performance of the network by separating application into bandwidth- oriented and latency-oriented application and allocate separate route for each type of application accordingly. We also proposed a design of this network implemented with OpenFlow as well as Overseer, a reference implementation. Routes are calculated based on monitored information using Dijkstra algorithm and its variation. To demonstrate possible application of bandwidth and latency aware network, integration with MPI is employed as an example. To evaluate eligibility, feasibility and practicality of this work, we tested Overseer with emulated environment, controlled virtual environment and real world global-scale environment. Compared with traditional routing, bandwidth and latency aware routing increase overall bandwidth and reduce overall latency significantly in network with congestion. 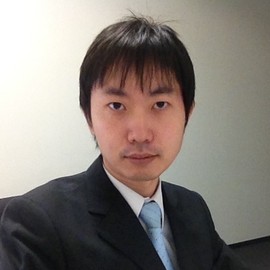