A new project just started, supported by 'Strategy of SAKIGAKE'

The research proposal by assistant professor Kashiwa has been granted the ‘Strategy of SAKIGAKE’ (https://www.jst.go.jp/kisoken/presto/en/index.html) fund by the Japan Science and Technology Agency. The funding for the ‘Strategy of SAKIGAKE’ was established under the Strategic Basic Research Programs set up by the Japanese government. As many researchers submit research proposals but only a very small number are accepted, obtaining this funding is known as a gateway to success for young researchers.

The new project aims to develop a technique to automatically detect anomalies in software. Specifically, using dynamic software analysis, the technique quantifies both the product’s behaviors before and after source-code changes. The technique then verifies if the behavior change was expected by developers. The project begins in October 2022 and lasts until March 2026. If students or companies are interested in this project, please feel free to contact us. 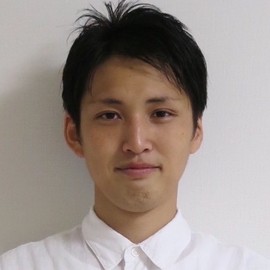 Yutaro Kashiwa is an assistant professor at Nara Institute of Science and Technology (NAIST), Japan. He worked for Hitachi Ltd. as a full-time software engineer for two years before spending three years as a research fellow of the Japan Society for the Promotion of Science. He received his Ph.D. degree in engineering from Wakayama University in 2020. After receiving his Ph.D., he was a post-doc under SENSOR (SENsible SOftware Refactoring) project led by Yasutaka Kamei and Gabriele Bavota. His research interests include empirical software engineering, specifically the analysis of software bugs, testing, refactoring, and release.